I admit it. I’m a Craigslist addict. It’s not that I expect to find anything on Craigslist that I actually need – that’s not the point. It’s the dream of finding something of great value at a ridiculously low price. Years ago, it was flea markets. I seldom found anything of value at the markets, but again, that wasn’t the point. I was addicted, and had been since childhood. When I was young, I would accompany my father on Saturday morning trips into town. Dad had a penchant for bargains. He once brought home an entire case of Dinty Moore Beef Stew, not because anyone in the house actually ate beef stew, but because it was a bargain, at less than ten cents per can. That’s how my father shopped, as if at a restaurant, reading every line from right to left, in search of the best deal.

For marketers, the problem is this: the value (not the price) of a product or a service rises and falls with each buyer, based on how much that buyer needs or wants the product or service. Remember the line from Shakespeare’s famous Richard the Third (Act 5, Scene 4, Lines 7-10)? Having lost his horse on the field of battle against Henry VII, the villain-king Richard cries out, “My kingdom for a horse!” Of course a horse is not worth the price of a kingdom, except that King Richard cannot stand his ground without one, and surely the battle (and his life) would be lost. The king doesn’t want to die, and he doesn’t want to be defeated (and lose his kingdom to Henry). So, at this moment in time, he would pay any amount (e.g., his kingdom) for a horse.

Now Dinty Moore beef stew is not worth a kingdom. If you would have asked me at the age of 8, I would have said it wasn’t worth a penny! So the idea that dad’s purchase was a bargain was ridiculous to me. But to my father, who had grown up through the Great Depression, a 30-cent can of stew (no matter how it tasted) was a bargain at ten cents and would have been a bargain at 20.

…Which brings me to the point of this blog post. When we establish list price (or pricing promotions), we need to consider our channels and our buyers. Something of great value may be so dear to one buyer that he would gladly pay three or four times the asking price. And that’s where the expression “a bargain at twice the price” comes from. But as marketers, we need to be very sensitive to the needs and values of our markets, because a bargain to one buyer (or group) might seem an inflated price to another – or, as I said in the title, a bargain at half the price. 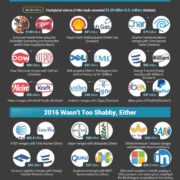 End of Another 40-Hour Work Week