Laura Pasternak, Principal and Chief Brand Strategist at MarketPoint, has been named to The Daily Record’s 2016 list of Maryland’s Top 100 Women.

Since 1996, the paper has recognized outstanding achievements by women, as demonstrated through professional accomplishments, community leadership and mentoring.

64 of this year’s Top 100 women are first-time recipients. Fifteen others will be inducted into the Circle of Excellence, having received the award for a third time.

Approximately 350 women were nominated this year for the statewide honor. Judging was conducted by previous Circle of Excellence honorees and a panel of business professionals and past Maryland’s Top 100 Women winners selected this year’s recipients.

“Maryland’s Top Women 100 honorees are exemplary citizens, committed to their communities, creating change and growing the next generation of leaders through mentoring,” said Suzanne Fischer-Huettner, publisher. “This year’s honorees also share an amazing talent for balancing the many facets of their lives while also serving as outstanding leaders.”

An awards event will be held Monday, April 18, starting at 5 p.m. at Joseph Meyerhoff Symphony Hall, 1212 Cathedral St., in Baltimore. The awards will be presented at 6:30 p.m. followed by a dessert reception. Winners will be profiled in a special magazine that will be inserted into the Tuesday, April 19, issue of The Daily Record. 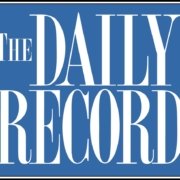 Laura Pasternak to Speak at SMPS Event in New York