Just this week, a client asked us if we knew any firms that do reputation scrubbing, or whether such practices were even legit. It’s a great question and one that we thought deserved a public answer.

For the most part, such offers are not legit. Just ask Chancellor Linda P.B. Katehi, of the University of California, Davis. You may remember that a police officer had pepper sprayed UC Davis students during a 2011 “occupy” protest. Video of that incident became national news and an Internet sensation. The university sought the assistance of public relations experts, in an attempt to “erase” the negative Internet references. Of course, they failed. (See: http://www.nytimes.com/2016/04/16/us/uc-davis-scrubbing-google.html?_r=0.)

Let’s start with the proactive options. It is possible to have some sites remove provably false statements or libelous statements, but that usually requires proof that the statement is false or libelous, and it requires cooperation from the website’s publisher. Alternatively, you can sue them for libel.

Think about it this way: websites (and the Internet itself) are protected by the First Amendment (“Congress shall make no law…abridging the freedom of speech, or of the press…”). So, how can you stop websites or independent bloggers or commenters from expressing their opinions? You can’t. And you don’t have the right or authority to “scrub” someone else’s site. That’s called vandalism, or hacking, but not reputation scrubbing.

The best way to deal with negative “press” on the Internet is to leave it alone – to invest your time and energy and money on things that will drive your business forward. In other words, “the best defense is a strong offense.” The second best way is to deal with negative “press” is to create enough high-value positive content that the negative articles get pushed to the second or third page. That’s harder than you think, because Google’s definition of “high-value content” changes. Currently, this definition would include (1) content published by a reputable and respected site, (2) content that is cited by other reputable and respected sites, and (3) content that is frequently viewed (i.e., “hits”). Ultimately, traffic rules. It’s one of the main ways Google ranks search results. So the more often people view the negative article or comments, INCLUDING YOU, the higher the ranking.

In this respect, negative articles and comments are like scabs: it’s best not to pick at them. 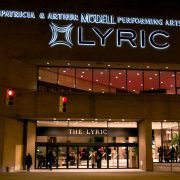 Whitepaper – Family Businesses in America – 2016 May
Scroll to top