Recently, I came across a LinkedIn post that railed against crowdsourcing and its negative impact on freelance design, in particular. The author’s point was simple enough: Crowdsourcing sites (like DesignCrowd, Crowdspring, 99designs, and countless others) run contests in which graphic designers compete by submitting what they believe is the best design solution to a challenge brought by a client. The winner gets paid; the losers usually get nothing. This exploits those who participate and are not chosen and drives down the market price of design projects for all designers.

Crowdsourcing is a natural and predictable outgrowth of technology. By leveraging commonly available resources, like digital communication, e-commerce platforms and translation programs, crowdsourcing sites dissolve the barriers that once separated a vast supply of global talent from the insatiable demand generated by U.S. businesses. Since talent is evenly divided among the human population, many creative people find themselves living in places where there simply is no business, or where the power of the U.S. dollar is so high, by comparison, that they can easily live on the few jobs they do win.

There is no doubt crowdsourcing has a negative impact on the earnings potential of U.S. talent. But whether we like it or not, millions of jobs will be downgraded or eliminated through technology and globalization.

Americans live in the wealthiest nation on earth, and we’ve become accustomed to higher wages and a higher standard of living. But that will change. The Internet is beginning to redistribute both opportunity and global wealth for the good of most of the world, by creating new markets for goods and services, and entrepreneurial opportunities for people who would otherwise never have had the means to work for themselves. Yes, in the process, graphic designers have been hit hard by technology. But so have printers. And car dealerships. And countless more. Soon, I suspect, traditional realtors will become obsolete.

Experts have predicted that within 20 years, half the working population will hold jobs that don’t exist today. Rather than mope or rail against the tide, I would encourage business folk to embrace the opportunities before us all. It’s time to exploit technology to create new markets or new niches for ourselves – or be pushed aside by its wake. 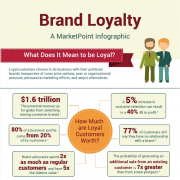